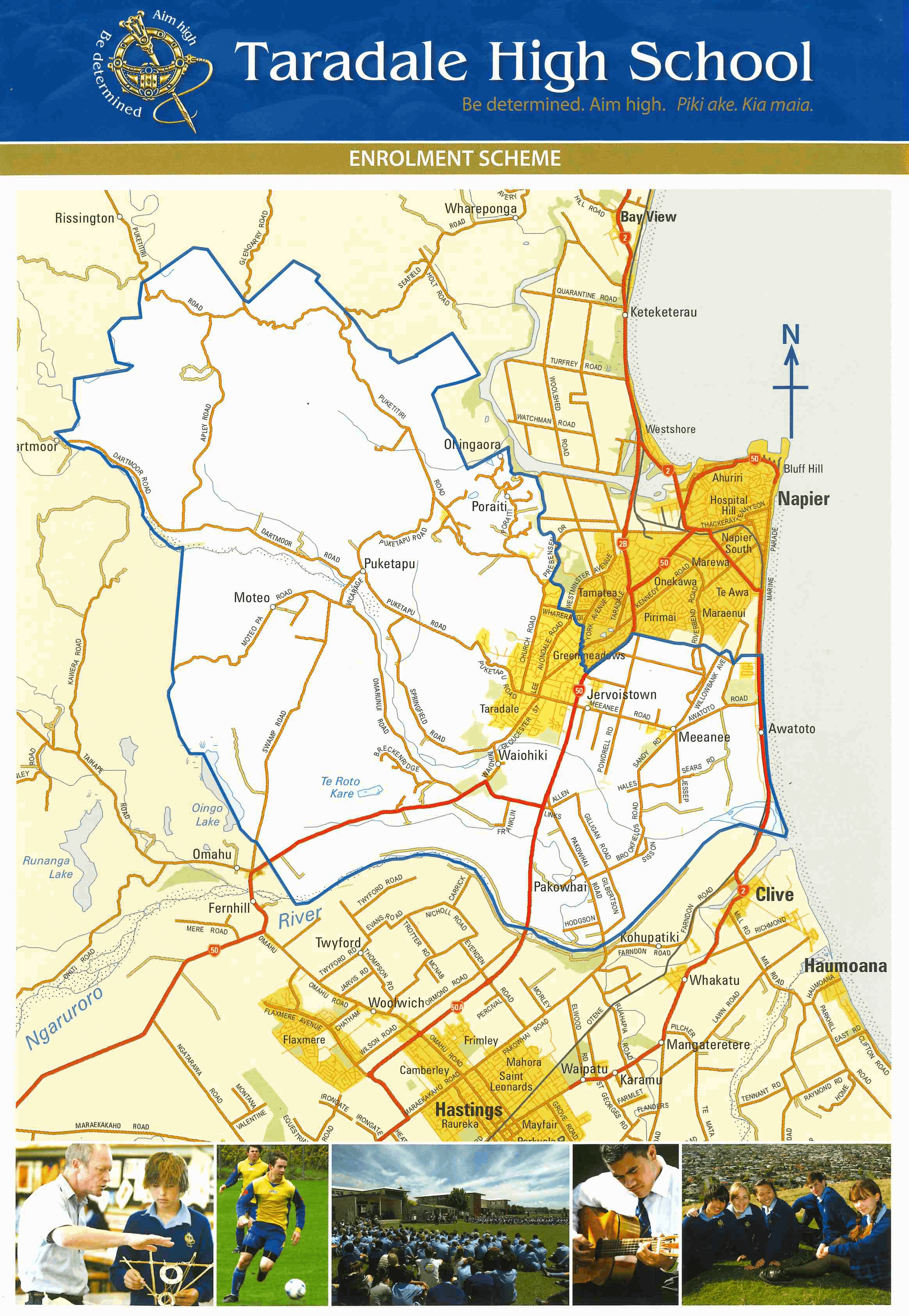 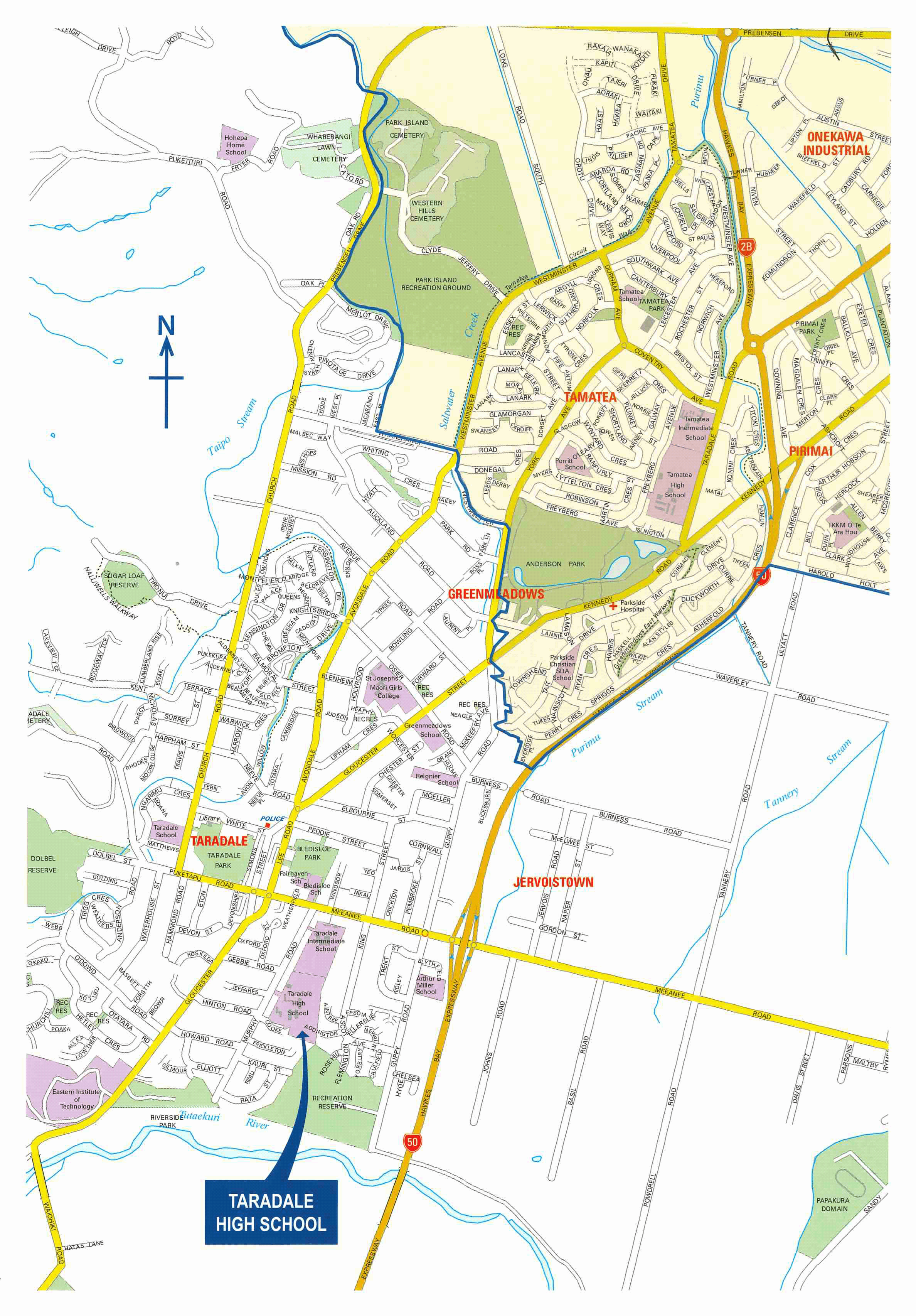 Please click the button below to go to the Education Counts website, where you are able to search for your address and see school zoning in your area.

As far as possible, the enrolment scheme will ensure that:

All students who live within the home zone described below (and shown on the attached map) shall be eligible to enrol at the school.

Please note that all students are encouraged to apply for enrolment regardless of their place of permanent residence.

All students who live within the zone described below shall be entitled to enrol at Taradale High School.  The zone’s boundaries are defined as (see supporting maps):

The above area is shown on the attached map. Proof of residence within the zone is required.

This priority category is not applicable at this school because the school does not run a Special programme approved by the Secretary.

Out of Zone Enrolments

Each year the Board will determine the number of places likely to be available in the following year for the enrolment of students who live outside the zone.  The Board will publish this information by notice in a daily or community paper circulating in the area served by the school.  The notice will indicate how applications are to be made and will specify a date by which all applications must be received.

Applications for enrolment will be processed in the following order of priority:

First Priority isWill be given to students who have been accepted for enrolment in a special programme run by the school (note that this does not apply toTaradale High School).

Second Priority is given to any applicant who is the sibling of a current student of the school.

Third Priority is given to any applicant who is the sibling of a former student of the school.

Fourth Priority is given to any applicant who is a child of a former student of the school.

Fifth Priority is given to any applicant who is a child of an employee of the Board of the school.

Sixth Priority is given to all other applicants.

If there are more applicants in the first, second, third, fourth or fifth priority groups than there are places available, selection within the priority group will be by ballot conducted in accordance with instructions issued by the Secretary, under Section 11 G(1) of the Education Act 1989.  Parents will be informed of the date of any ballot by notice in a daily or community newspaper circulating in the area served by the school.

Applicants seeking second or third priority status will be required to give proof of a sibling relationship, or in the case of fourth priority, proof that a parent attended THS.